The NTSB released the following two photos of Southwest Airlines 737-300 (N387SW), Flight 2294, that experienced a rapid decompression after a hole opened in the fuselage on July 13, 2009. 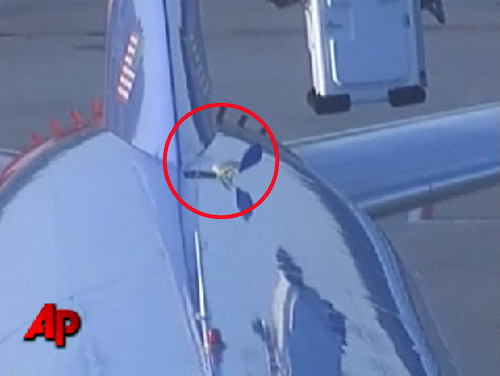 Damaged section of fuselage skin facing outside the aircraft 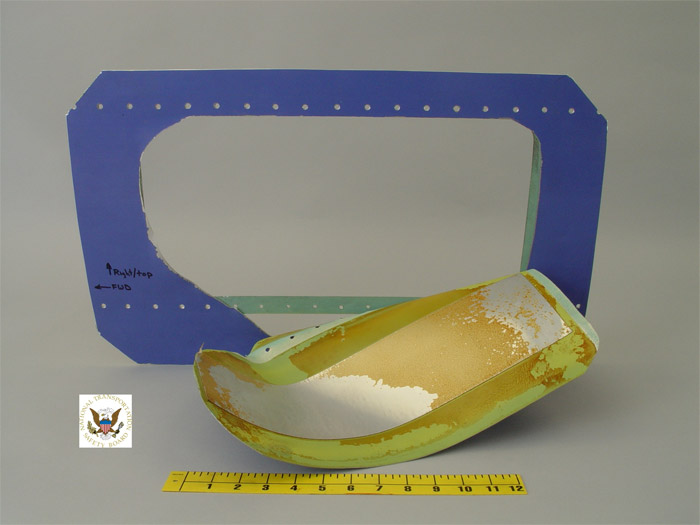 Damaged section of fuselage skin facing inside the aircraft 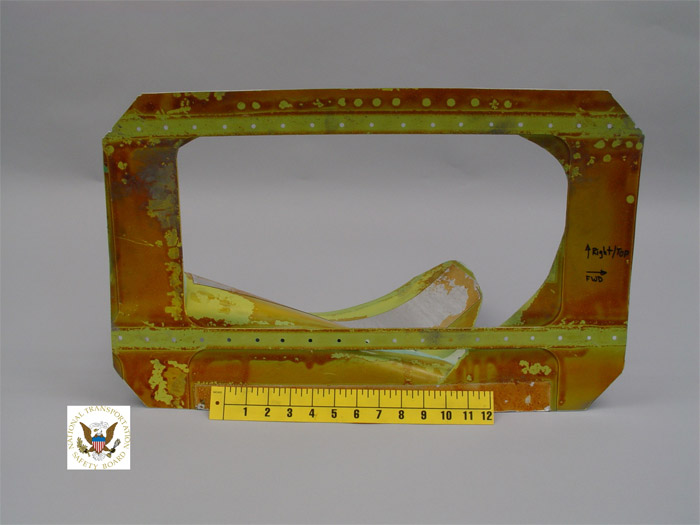 The damaged aircraft skin section was visually examined in the NTSB’s Materials Laboratory. The damage left a hole measuring approximately 17 inches by 8 inches. The skin in this area of the fuselage is 0.032 inches thick with an additional 0.032 inch thick layer bonded to the interior surface in selected areas.

According to NTSB the initial visual examination found the fractures in good condition and suitable for further analysis. No significant corrosion or obvious pre-existing mechanical damage was noted. A detailed metallurgical examination of the skin section and the fracture surfaces will be accomplished by the Safety Board in the coming days.

Southwest Airlines is now in the process of repairing the aircraft at Yeager Airport, Charleston, West Virginia.