Currently Airbus is developing an alternative that, in near future, could replaces the use of jet engine thrust during ground taxiing with electrical power.

The solution is simple: an electric actuator, powered by the aircraft’s APU, drives the landing gear’s wheels. Fuel consumption is expected to be five times less than it would be with engine power – saving as much as 200 kilogrammes of fuel per flight. In addition, this alternative delivers a feature much requested by airlines, providing greater autonomy at push-back from the boarding gate as no tug is required. 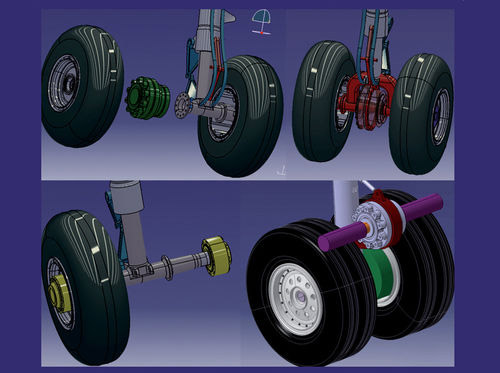 Design and implementation for the project, a transversal process involving Airbus’ Engineering and Procurement department, is progressing in two concurrent stages. The demonstration phase is scheduled to close in 2012 with completion of the prototype electric wheel actuator. In parallel, the modified APU and power systems will be tested on the Airbus electrical test bench, with full-scale rolling tests to begin in 2013. If all goes as planned, initial flight tests will take place in 2014.