On Monday evening, Southwest Airlines flight 2294, a Boeing 737-300, made an emergency landing at Charleston after a hole opened in the fuselage. The Flight was on its way from Nashville to Baltimore at 34,000 feet when it depressurized and the oxygen masks deployed.

Photo from outside – Looking at upper fuselage 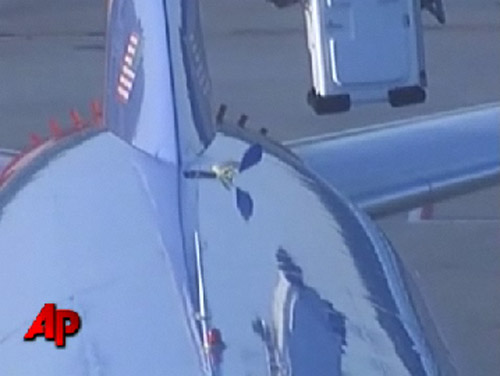 Photo from inside – Cabin head covering being sucked out 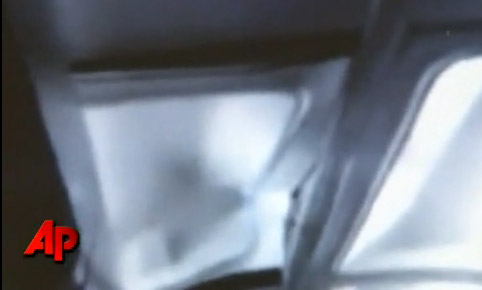 It’s still not clear what caused the hole, about one foot square, in the upper fuselage near the vertical stabilizer. Southwest Airlines says it’s found no evidence of structural problems in the rest of its 200 Boeing 737-300 aircraft. Passengers said they heard a “loud pop” about 45 minutes into the flight. NTSB is investigating.