This week Boeing announced that Copa Airlines (Panama) placed an order for 13 Boeing 737-800 airplanes, plus options for an additional eight.

The order represents a mixture of option conversions and new orders and brings the number of Boeing Next-Generation 737s the airline has on order to 27.

The airplanes will be outfitted with Boeing’s signature Sky Interior. Drawing from years of research used to design the interior for the 787 Dreamliner, the 737 Boeing Sky Interior features new, 787-style sculpted sidewalls and window reveals that provide passengers with a greater connection to the flying experience. 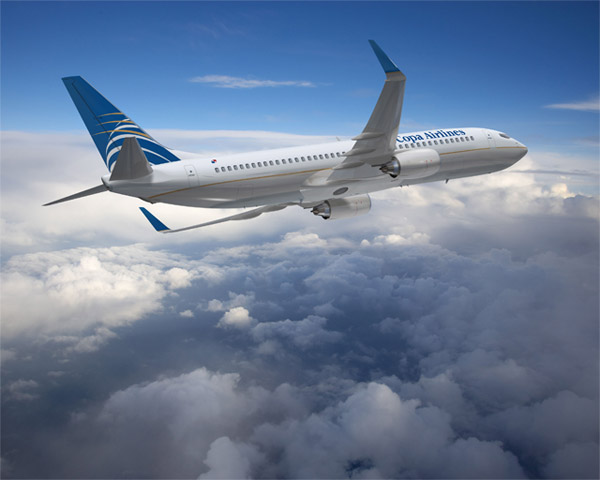 Copa was the first carrier in the Americas to incorporate blended winglets on its 737s. All of its Next-Generation 737s use the distinctive curved wing ends, which improve fuel efficiency and lift while reducing engine wear and carbon dioxide emissions. Copa also was the first in the region to order Next-Generation 737s with the Vertical Situation Display system, which provides pilots with an easy-to-understand flight-path view.

Copa operates from Tocumen International Airport, a time-saving hub on long routes between the United States, South and Central America, and the Caribbean. The airline flies four of the world’s longest 737 routes from there – to Buenos Aires, Santiago, Sao Paulo and Los Angeles.