On Tuesday night, Boeing moved the first 747-8 Freighter out of the paint hangar, sporting a special “light” livery.

Painted white with blue accents, the 747-8 Freighter unveiled a new twist on the Boeing Commercial Airplanes livery. It features an oversized “8” on the background of the tail as well as “747-8” on the belly. 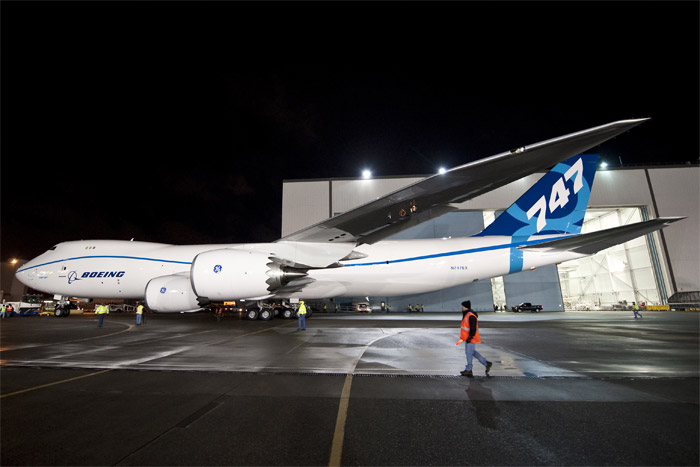 The light livery, which saves time and expense compared to the full Boeing livery, will remain on the airplane until the flight-test program is completed. After flight test, it will be refurbished and delivered to a customer.

The first freighter will begin preparing for the necessary tests leading up to first flight in early 2010.