The Boeing 787 Dreamliner that will fly later this quarter has moved to the flight line. Fuel testing – the first in the next phase of extensive checks the airplane must undergo – will begin in the next few days. 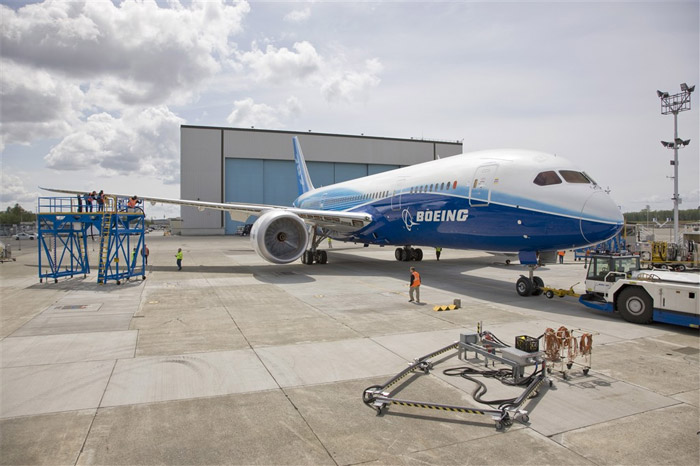 In recent weeks, the 787 (designated ZA001) completed a rigorous series of tests including build verification tests, structures and systems integration tests, landing gear swings and factory gauntlet, which is the full simulation of the first flight using the actual airplane. With Chief Pilot Mike Carriker at the controls, the simulation tested all flight controls, hardware and software. The simulation also included manual and automatic landings and an extensive suite of subsequent ground tests.

All structural tests required on the static airframe prior to first flight also are complete. The final test occurred April 21 when the wing and trailing edges were subjected to their limit load – the highest loads expected to be seen in service. The load is about the same as the airplane experiencing 2.5 times the force of gravity. 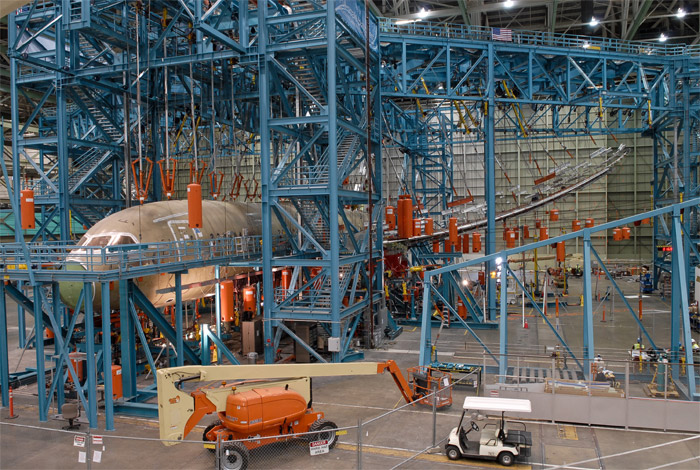 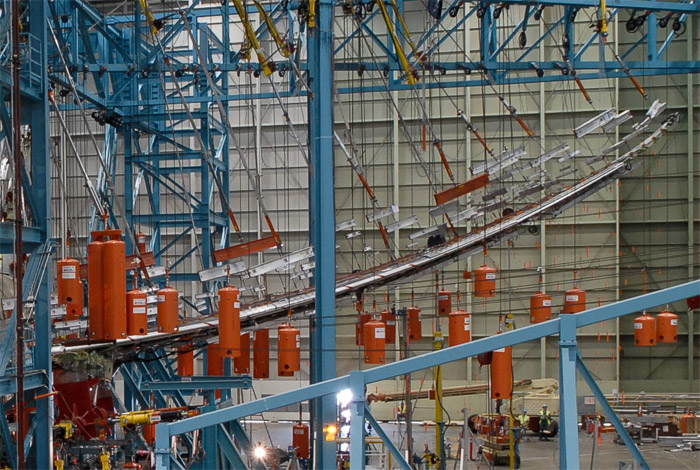 “We continue to analyze the data, but the initial results are positive,” Fancher said. On April 13, the leading edge of the wing was subjected to its limit load while the rest of the airplane was subjected to loads expected at cruise. And in September 2008, the “high blow” high-pressure test was completed on the static airframe. During that test, the airframe reached an internal pressure of 150 percent of the maximum levels expected to be seen in service – 14.9 lbs. per square inch (1.05 kilograms per centimeter) gauge (psig).

Ground vibration testing, which measures the airplane’s response to flutter, also concluded on the second flight-test airplane, designated ZA002, at the end of this week. All the necessary structural tests required prior to first flight now are complete.

Now on the flight line, ZA001 will undergo additional airplane power and systems tests as well as engine runs. After completing final systems checks and high-speed taxi tests, the airplane will be ready for first flight, which is on schedule for later this quarter.