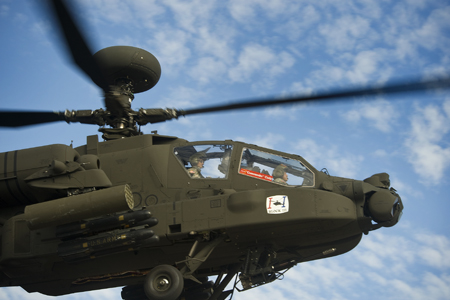 Experimental test pilots – one U.S. Army soldier and one Boeing teammate – initially flew this Block III prototype aircraft over the Arizona desert on June 27 in preparation for this week’s ceremony.