Boeing has completed the Power On sequence for the first 787 Dreamliner, marking the completion of the next major milestone on the path to first flight later this year.
Power On is a complex series of tasks and tests that bring electrical power onto the airplane and begin to exercise the use of the electrical systems. The 787 is a more-electric airplane with the pneumatic, or bleed air, system being totally replaced by electronics. 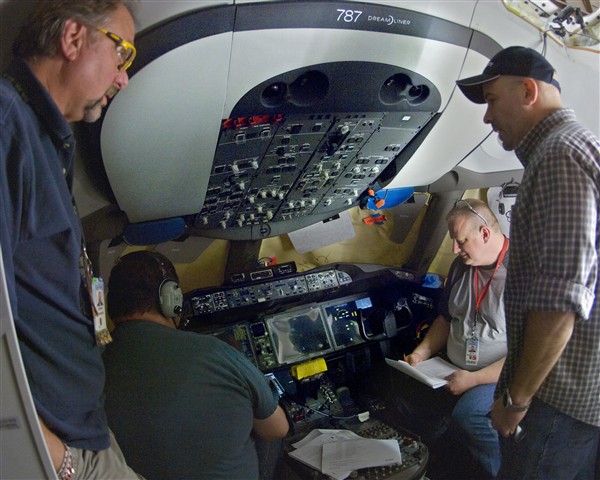 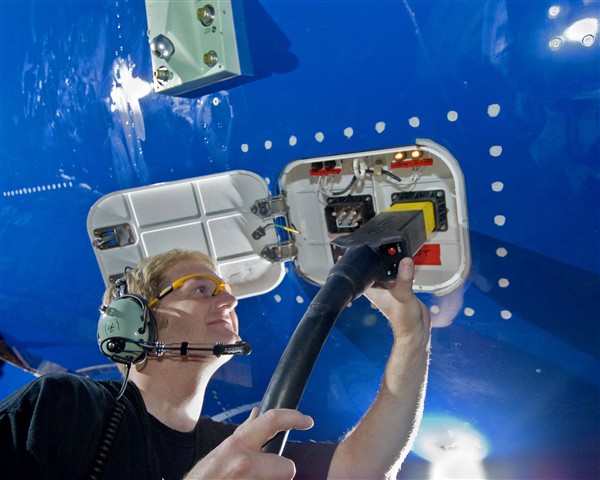 “The team has made great progress in bringing the bold innovation of the 787 to reality,” said Pat Shanahan, vice president and general manager of the 787 program. “There is plenty of work to be done between now and first flight, but with every step forward we grow more and more confident.”
The Power On sequence began in early June with a series of pretest continuity checks to verify that the wiring installed in the airplane had been connected properly. Upon completion of those checks, the Boeing team plugged in an external power cart and slowly began to bring full power into each segment of the system, beginning with the flight deck displays. From that point forward, the pilot’s controls were used to direct the addition of new systems to the power grid.
At each step of the testing, power is allowed to flow into one additional area and gauges are used to verify that the right level of electrical power reached the intended area. “We are very methodical in ensuring the integrity of the airplane’s systems,” said Shanahan. “In completing the Power On sequence, we have verified both that the electrical power distribution system is installed as designed and that it functions as intended.”
An inside look at the Power On testing sequence will be featured on www.boeing.com and newairplane.com beginning Monday June 23 at 5 a.m. PDT.
Work will continue to finish building the first 787 and further test its readiness for operations. First flight is expected in the fourth quarter.

One thought on “Power On for 787 Dreamliner (Photos)”