Boeing moved the 787 Dreamliner static test airframe from its Final Assembly facility in Everett to its structural test rig friday evening. The test rig is located only 1,000 feet away from Final Assembly at the Everett factory.
Some assembly remains to be completed on the static airframe. That work will be completed concurrently with test set-up. Test set up is expected to begin immediately, with tests commencing this summer.
“During static tests we apply loads to the airplane structure that simulate both normal operation as well as extreme flight conditions,” said Randy Harley, vice president of Engineering & Technology for the 787 program. “We monitor the airplane to confirm analytical predictions and make sure the structure holds up to these conditions.”
Movement of the static airframe clears the way to begin assembly of the third 787 to enter the flight test program. Most pieces of the third airplane arrived in Everett earlier this month. All assemblies for Airplane #3 are now in Everett, and the airplane will be loaded into the first position of Final Assembly early next week. 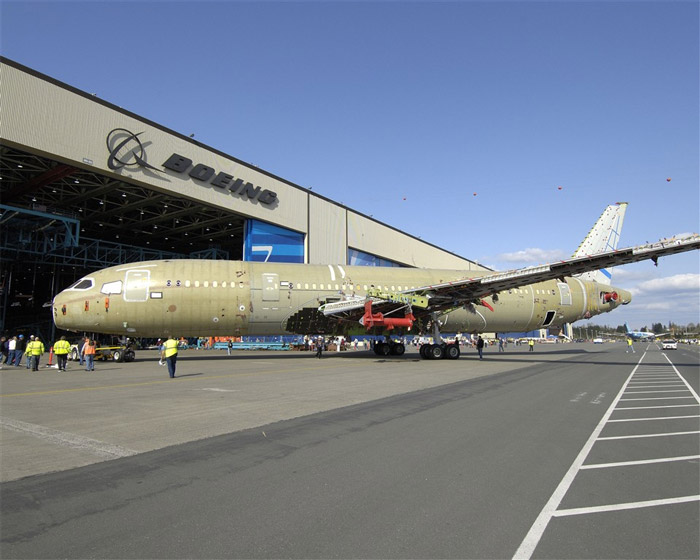 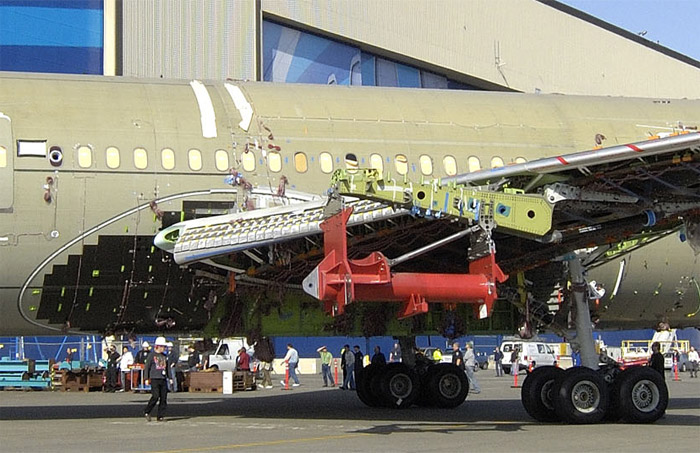 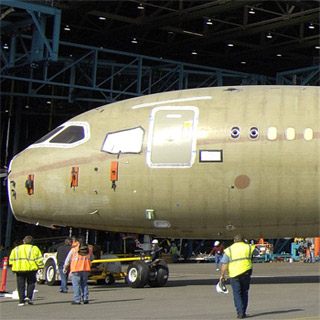 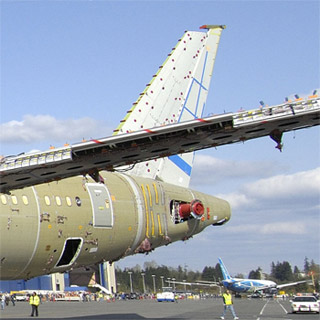