As part of its 787 Premiere, Boeing honored its 7-Series family of airplanes with a special show featuring customers’ Boeing-produced airplanes today in Seattle.
The airplanes on display at Boeing Field included an Omega Air 707; AirTran Airways 717; FedEx 727; Alaska Airlines 737-800; Rolls-Royce Trent 1000 Flying Test Bed 747-200; Continental Airlines 757; Delta Air Lines 767; and Air France 777-300ER (Extended Range). In addition, the Boeing 747-400 Dreamlifter was on static display.
Each airplane – the 707 through the 777 – took off from Paine Field, adjacent to Boeing’s Everett, Wash., facility, and landed at Boeing Field in Seattle – in sequence of airplane model numbers matching to time, beginning with the 707 landing at 7:07 p.m. Pacific time. This special display was part of a Boeing-sponsored event held at The Museum of Flight as part of the weekend’s activities for the 787 Premiere. 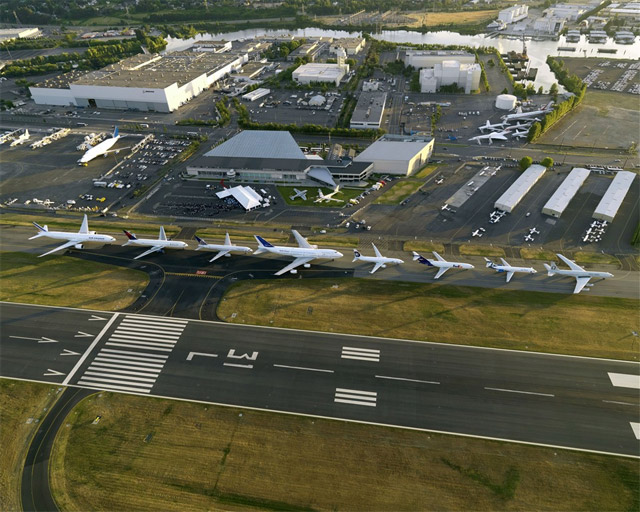