Final assembly of the first Boeing 787 is done! A few hours ago the first “Dreamliner” left the assembly line.

Credits to Charles Conklin “SEAchaz” from a.net for taking these great photos! 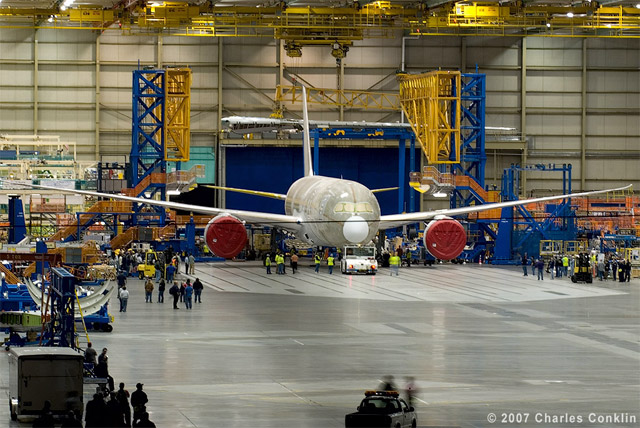 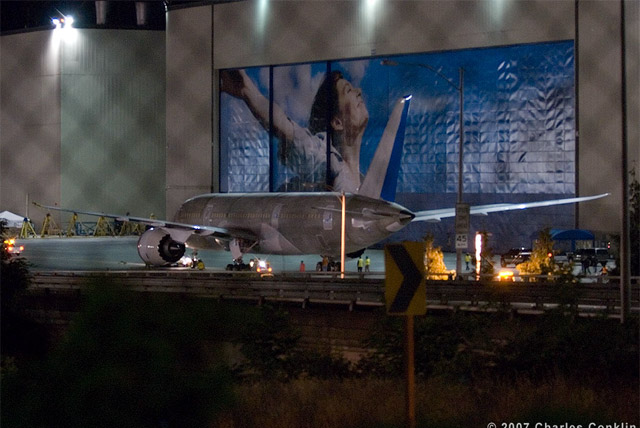 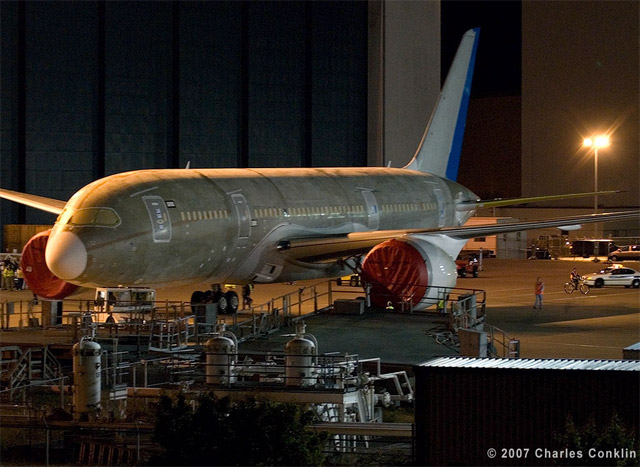 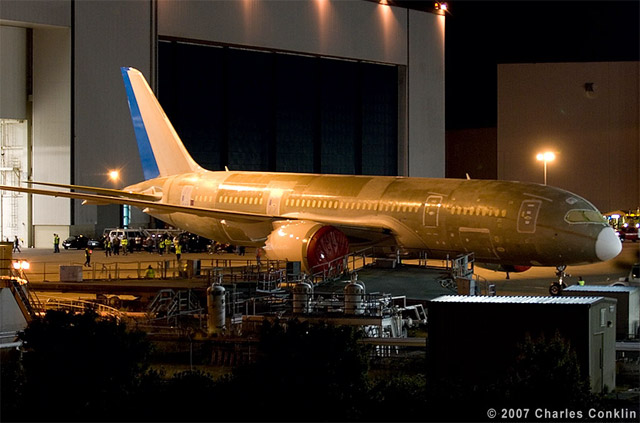 The Boeing 787 Dreamliner is a mid-sized, wide body, twin engined jet airliner by Boeing’s Commercial Airplanes unit and scheduled to enter service in May 2008. It will carry between 210 and 330 passengers depending on variant and seating configuration. Boeing has stated that it will be more fuel-efficient than comparable earlier Boeing airliners. It is also be the first major airliner to use composite material for most of its construction.

Additional pictures can be found in this older article:
http://blog.flightstory.net/102/boeing-begins-787-dreamliner-final-assembly/