Last week NASA has awarded two contracts for studies designed to identify advanced concepts for commercial airliners that could enter service in 2025. Main goal of the new airliners is that they need to be quieter, greener and more fuel-efficient.

Both teams will define a preferred system concept for an aircraft that can fly up to 85 percent of the speed of sound; cover a range of approximately 7,000 miles; and carry between 50,000 and 100,000 pounds of payload, either passengers or cargo.
Both contracts have a performance period of 12 months, beginning in November. 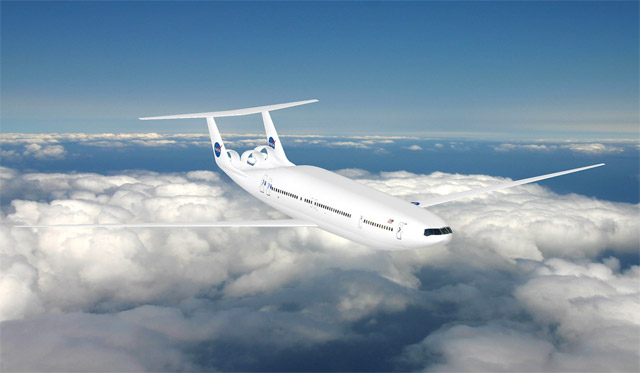 The NASA project is working to develop technology that would enable future aircraft to burn 50 percent less fuel than current models; reduce harmful emissions by 50 percent; and shrink the geographic areas affected by objectionable airport noise by 83 percent.

Earlier this year MIT already presented its own vision of future commercial planes to NASA. This research contract was sponsored by NASA with $2.1 million.