With the largest participation in a history stretching back over 100 years the ILA 2010 will be the year’s largest industry event for every aspect of the aerospace business. From 8 to 13 June a total of 1153 exhibitors from 47 countries are displaying the entire range of current and future products and services connected with aviation and space technology at Berlin Schönefeld Airport.

Exhibitors from Australia, Finland, Mexico, Monaco, Sweden, Singapore, Turkey and Tunisia are represented there for the first time. Approximately 40 per cent of the exhibitors are from outside Germany, with the largest European delegations coming from Italy, France, the United Kingdom, Poland, Switzerland and Russia. The USA is staging its largest presentation for many years at the ILA. For the first time since 1998 the Boeing company is represented by a stand in the North American pavilion. The largest national displays from the Far East are those of South Korea and Japan.

The partner country of the ILA 2010 is Switzerland, which is commemorating “100 Years of Swiss Aviation” this year and will also be making a memorable impression with one of the public’s favourites, the “Patrouille Suisse”.

Approximately 300 aircraft of every size and in every category – and considerably more than at any of the world’s other aerospace trade shows – can be seen on the ground and in the air during the three trade visitors’ days (8-10 June) and at the weekend, when the public are admitted (11-13 June), and many will be making their world, European or ILA debut. 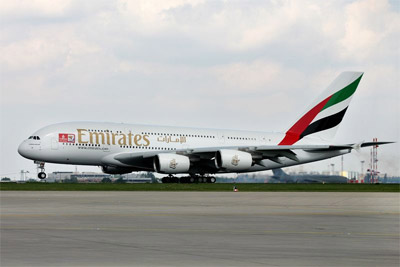 During the first three days of the show the most spectacular international debut will be that of the Airbus A400M military transport aircraft, which will be making its first appearance at this event and can also be seen in flight. The Airbus A380, Lufthansa’s first mega-airliner, is expected to make an appearance at the opening of ILA 2010. The Emirates airline is the largest single customer for the A380, having ordered 58 of these aircraft, and during the first two days of the ILA will be guesting with the flagships of its fleet, when trade visitors will have an opportunity to examine various features including the first class area with its bar and spa showers. Airbus is also dispatching an A380 to take part in the flying displays during the open days. 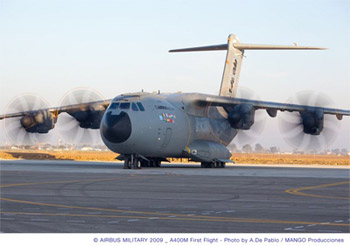 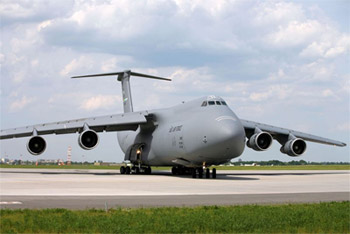 The latest European combat aircraft, the Eurofighter (EADS) and Gripen (Saab), are on show at the ILA. Visitors will no doubt be equally impressed by the three largest American transporters, the C-130J, C-17 and C-5 as well as the American bombers Boeing B-52 Stratofortress and Boeing B-1B Lancer. 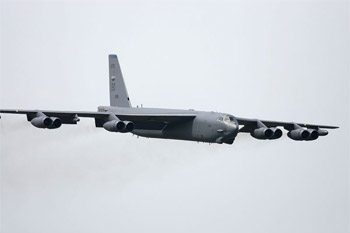 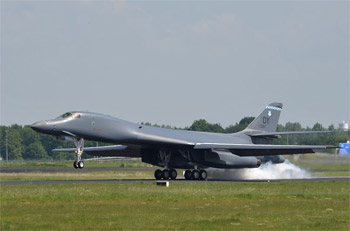 Among the more unusual exhibits is the Grob G520 Egrett, a special-purpose aircraft with a wingspan of 30 metres and a variety of uses, including guidance of unmanned aerial vehicles. Another newcomer to the ILA is the Dornier 228 NG (New Generation) from RUAG. The 19-seat 228NG incorporates the latest avionics (glass cockpit) and a new five-bladed propeller.

There are plenty of new developments on show in the helicopter sector, including the CH-53GA (German Advanced) transport helicopter, with advanced avionics, which is making its international debut at the ILA 2010. A new light helicopter being presented for the first time by Sikorsky is the S-434, for general purpose and training use, which is powered by a single turbine. Making its first appearance at the ILA, the AgustaWestland EH101, also designated as the AW101 since 2007, has been developed as a transporter, initially for military purposes, to be followed later by a civilian version. The new Bell 429 is a nine-seater with twin turbines from the American manufacturer Bell Helicopters. This model is equipped with a four-bladed, variable speed main rotor and can be supplied either with a retractable landing gear or with skids. Other exhibits at the HeliCenter at the ILA 2010 include such large transport helicopters as the NH 90 and the “Tiger“ combat helicopter as well as every possible role carried out by rotary wing aircraft, including rapid airborne rescue and exclusive VIP transport.

The Dassault Falcon 20E will be another of the aircraft on display. It became the focus of international aviation attention just a few days ago when it was deployed as an “ash hunter“, investigating the impact of the cloud of ash from the Icelandic volcano Eyjafjallajökull on the atmosphere over Europe. Making its debut at the ILA 2010 is the HALO (High Altitude and Long Range Research Aircraft), a new German aircraft designed to research the atmosphere and for earth observations. With its combination of a long range (up to 8,000 km), ability to fly at high altitudes, its payload (up to 3,000 kg) and its flexibility the Gulfstream G550 executive jet provides a unique flying laboratory.

For those who enjoy seeing aircraft from bygone days the public days at the weekend have plenty to offer. A whole section of the programme of flying displays has been set aside to commemorate the 100th anniversary of the world’s oldest air show. The rapid pace of development in aviation from the earliest days up to the present is being documented by at least one aircraft from each decade of the history of the ILA: Examples of the individual decades are shown below in historical sequence:

On the open weekend visitors can enjoy a program of air displays lasting several hours. This will include the Patrouille Suisse team flying their six F-5 Tiger Jets, “The Flying Bulls“ aerobatic team from Austria with their Douglas DC-6B, the aerobatics expert Ali Öztürk from Turkey with his Acromach S2, the breath-taking wing walker Lady Peggy Krainz on the Boeing Stearman, the Pioneer Team from Italy, flying four Pioneer 300s, and the Mistral War Birds with their Sea Fury. 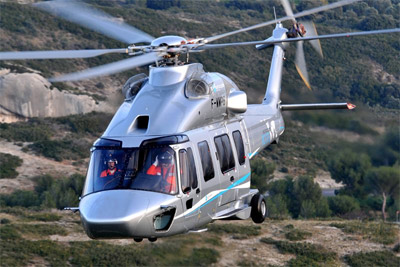 The HeliCenter at the ILA 2010 is more international than ever before: Major helicopter manufacturers and suppliers to the industry are exhibiting on the southern section of Berlin-Schönefeld Airport, in particular AgustaWestland, Bell Helicopter, Eurocopter, Robinson and Sikorsky, making the ILA 2010 the year’s most important European meeting place for the helicopter sector.

From 8 to 13 June, between 11 a.m. and 5 p.m., AEROHELI International GmbH & Co KG is offering ten-minute helicopter flights in a Eurocopter AS-350 to the south of the runway being used for take-off and landing (ILA grounds, BBI construction site) at a cost of € 50.- per person. The maximum capacity is five passengers per flight in the helicopter, and this may cause the flight times to be altered or delayed during the period that the ILA flying displays are taking place. During the air show tickets can be purchased on the ILA grounds from Stand 115, Hall 1, AeroHeli International, Mr. Dirk Franske, tel.: 03560-540044.