Lockheed Martin released a video of the first Lockheed Martin F-35B Lightning II stealth fighter, passing overhead at 40 knots (46 mph) prior to a slow landing at Naval Air Station Patuxent River, Md. The flight was one of the last missions before the aircraft’s first vertical landing, and confirmed the jet’s power and controllability at very low speeds. The aircraft’s short takeoff/vertical landing (STOVL) propulsion system generates more than 41,000 pounds of vertical thrust, and enables airspeeds from zero to Mach 1.6. The F-35B will be flown by the United States Marine Corps, the United Kingdom’s Royal Air Force and Royal Navy, and the Italian Air Force and Navy. It will be capable of operating from small ships and austere bases near front-line combat zones. 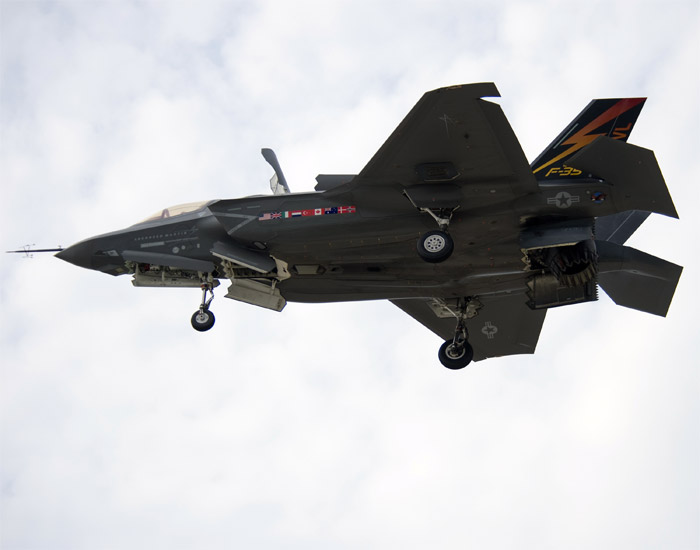