74 years ago, on March 4, 1936 the German Hindenburg airship accomplished its first flight.
The airship flew from March 1936 until destroyed by fire 14 months later on May 6, 1937, at the end of the first North American transatlantic journey while landing at Lakehurst Naval Air Station, New Jersey.
The Hindenburg (LZ-129) and its sister ship (LZ-130) are the longest flying machines of any kind, as well as the largest airships ever built.

At http://www.airships.net/hindenburg you’ll find very interesting and the most complete historic information about this airship! This great website features many photos as well as sections of special interest to pilots such as flight procedures, flight instruments and navigation. 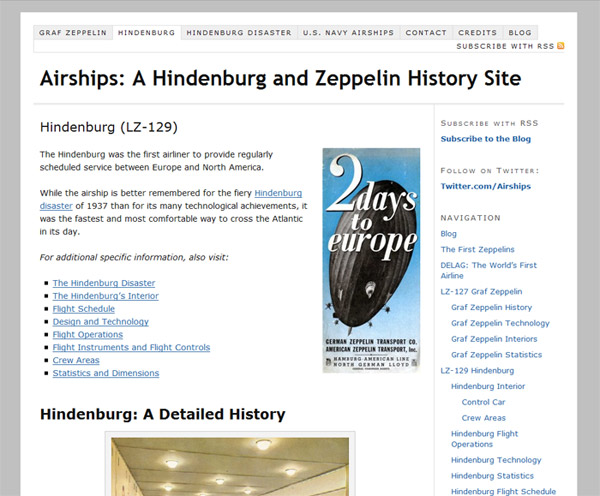