On the first day of Dubai Airshow 2009, Airbus has launched its new “Sharklet” large wingtip devices, specially designed to enhance the eco-efficiency and payload-range performance of the A320 Family. Offered as a forward-fit option, Sharklets are expected to result in at least 3.5 percent reduced fuelburn over longer sectors, corresponding to an annual CO2 reduction of around 700 tonnes per aircraft. The A320 will be the first model fitted with Sharklets, which will be delivered around the end of 2012, to be followed by the other A320 Family models from 2013. Air New Zealand is the launch customer for the Sharklets which are specified for its future A320 fleet. 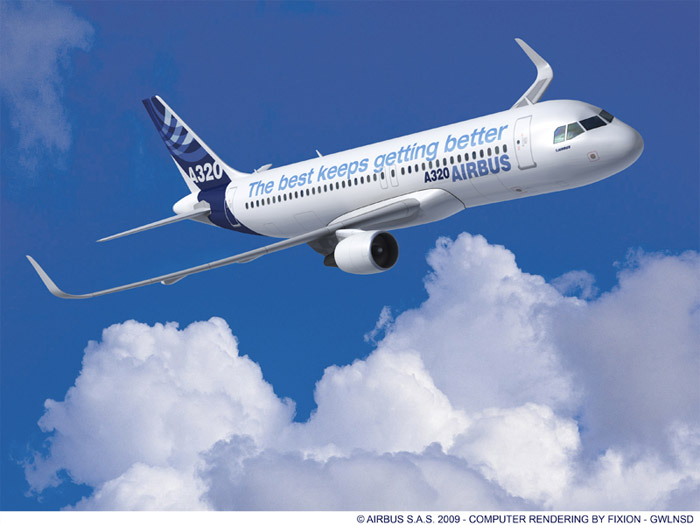 It should be noted that the 3.5 percent efficiency improvement with Sharklets will be additional to the already positive effect of the A320 classic wingtip fence. Payload-range benefits include either a revenue payload increase of around 500kg or an additional 100nm range at the original payload. The Sharklet installation also keeps the A320 Family within the ICAO ‘Class C’ (wingspan less than 36m) and will result in higher available takeoff weights, notably from obstacle-limited runways. Moreover, where runway performance is not ‘limiting’, operators should profit from a reduction in average takeoff thrust (with consequent savings in engine maintenance costs by around two percent), while communities will also appreciate even lower takeoff noise. Other benefits are the enhanced climb performance and higher initial cruise altitude.

3 thoughts on “A320 “Sharklet” Wingtips Launched”