During my stay in Hong Kong a few weeks ago, I was able to take at shot of F-GCBF. The Boeing 747-228B(SF), formerly operated by Ocean Airlines, is sitting there on the tarmac since August 2007. It is stored at Hong Kong Chek Lap Kok (HKG / VHHH) with uncertain future. Three of its engines were already removed. 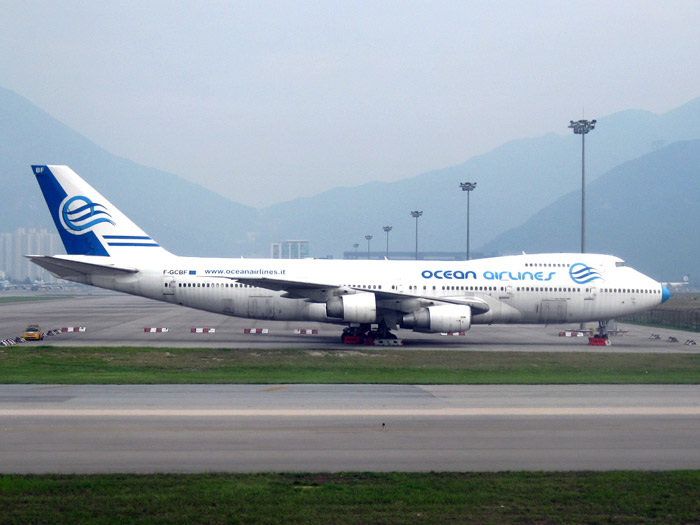 Ocean Airlines was a cargo airline based in Italy. They stopped flying in October 2007 and suspended operations in April 2008.