Embraer signed a firm order with Globalia, owned by Juan José Hidalgo, President of JJH Capital and Air Europa, for an additional six EMBRAER 195 jets, to be operated by Air Europa, a subsidiary of Globalia. The deal is valued at US$ 237 million, at list price, based on January 2008 economic conditions, and converts the purchase rights originally announced in February 2008. This transaction is already included in Embraer’s third quarter firm order backlog as “undisclosed”. 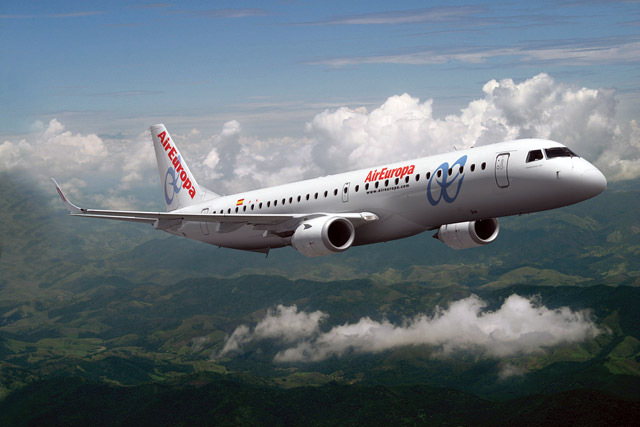 The new EMBRAER 195 will be flown by Air Europa on short and medium routes in Spain, the Balearic and Canary Islands, and Europe. Delivery of the first aircraft confirming a purchase right, should take place by mid-2010. Air Europa will be the first operator in the world to fly the EMBRAER 195 in a single-class, 122-seat layout.

One aircraft from the original order of six has been sold by Globalia to an undisclosed customer, resulting in a fleet of 11 EMBRAER 195 jets when all deliveries are completed.