To mark its 75th anniversary, Air France has repainted one of its Airbus A320s in the same livery as back in 1946. Ambassador of the Company’s 75th anniversary, the Airbus A320-211 F-GFKJ joined the medium-haul fleet for the next two years. It landed at Paris-Charles de Gaulle from Toulouse on 21st November 2008.

The aircraft has been baptised “Pays de Roissy”, as a reference to the association aiming to expand the economic develop of 110 communes situated around Paris-Charles de Gaulle airport. 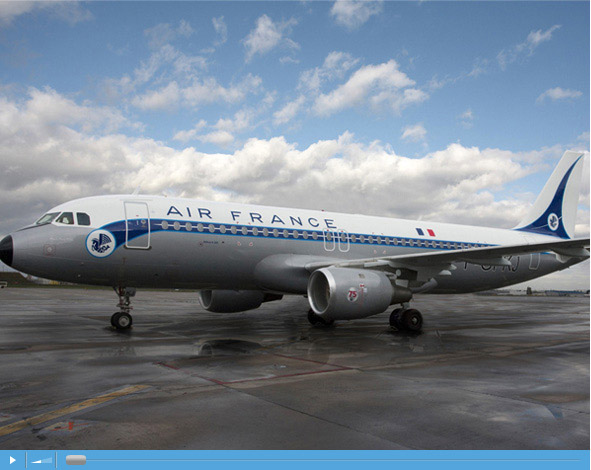 This livery features the seahorse, a symbol to which all Air France staff are strongly attached. The emblem of Air Orient, it combines the head of Pegasus, the horse of Greek mythology, and the tail of the dragon Annam to form the symbol of the relationship between Europe and the Far East. This story is told at www.airfrancelasaga.com through picture archives on the history of the Company since its inception.

One thought on “Air France A320 painted in retro livery”