Bombardier Aerospace announced today that Ethiopian Airlines has signed a contract to purchase eight Q400 NextGen turboprop airliners, and has taken options on four additional Q400 NextGen aircraft. Including this transaction, the Dash 8/Q-Series aircraft program has recorded firm orders for a total of 1,001 aircraft. 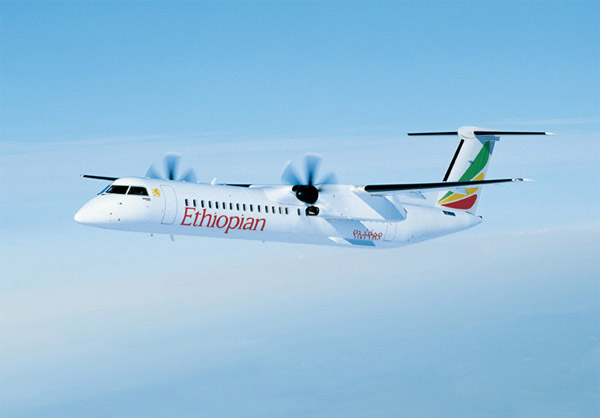 Ethiopian Airlines, the country’s flag carrier, made its first flight between Addis Ababa and Cairo via Asmara on April 8, 1946. Today, it operates a fleet of jet and turboprop aircraft to 33 African cities and a total of 20 international points in the Middle East, Asia, Europe and North America.