Greece is to participate in the production of the Russian MS-21 medium-haul passenger aircraft and in post-sale servicing of the Be-200 amphibious aircraft, the Russian industry minister said on Tuesday.
Viktor Khristenko, who is currently on a visit to Greece, said Russia’s Irkut aircraft maker and Greece’s Hellenic Aerospace Industry were set to sign a joint memorandum envisioning bilateral cooperation in these two projects on Tuesday.

“We are certainly interested in selling the Be-200 aircraft on the Greek and European markets. Setting up a servicing center in Greece will largely depend on sales of these planes on the European market,” the minister said.
Developed by the Beriev Aircraft Company, the Be-200 has a number of uses, including fire fighting, as an air ambulance, in search-and-rescue, cargo and passenger transport and maritime surveillance.

“Our second goal is to involve Greece in the development and production of components for the new MS-21 project, which is a priority for the Russian aircraft industry,” the minister said. 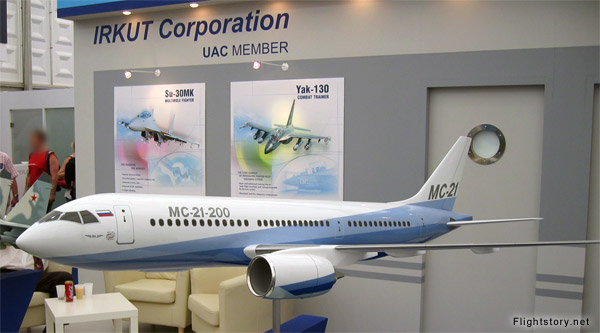 The MS-21 plane is being developed by Russia’s major manufacturing companies – Ilyushin, Tupolev and Yakovlev – to replace the aging Tu-154, which currently accounts for some 80% of Russia’s passenger and freight traffic, and compete with the Airbus A320 and Boeing 737.