Lockheed Martin today celebrated the rollout of the U.S. Navy’s first-ever stealth fighter, the F-35C Lightning II. The aircraft will enable the Navy to possess 5th generation fighter capabilities at sea, extending America’s reach and reducing the timeline from threat to response. 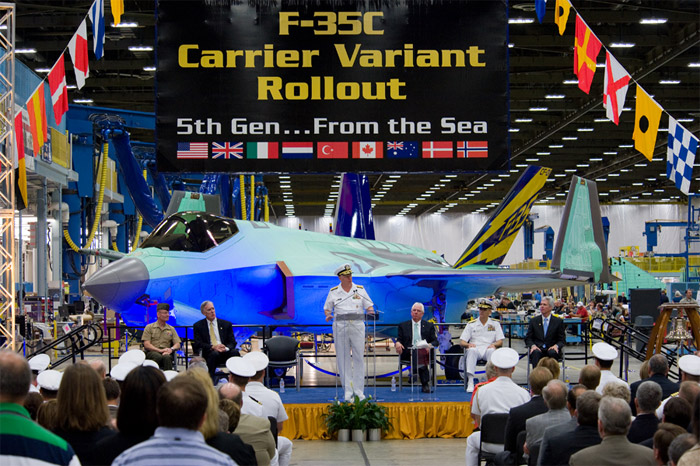 Tom Burbage, a former Navy test pilot and the vice president and general manager of F-35 Program Integration for Lockheed Martin, thanked Navy leadership for being fully engaged in the F-35’s development and “actively working to define joint and coalition tactics that will exploit this platform in ways we’ve never envisioned. We at Lockheed Martin are both proud and humbled by the trust the U.S. Navy has placed with us to lead the development and introduction of the Navy’s newest stealthy, supersonic strike fighter.”

The first F-35C, known as CF-1, will undergo a wide-ranging series of ground tests before its first flight, scheduled for late 2009. CF-1 is the ninth F-35 test aircraft to be rolled out, and joins a fleet of F-35A (conventional takeoff and landing) and F-35B (short takeoff/vertical landing) variants that have logged more than 100 flights.

The F-35C is on schedule to meet the Navy’s Initial Operational Capability in 2015, and represents a leap in technology and capability over existing fighters, combining stealth with supersonic speed and high agility. The Lightning II employs the most powerful and comprehensive sensor package ever incorporated into a fighter.

The F-35C possesses uncompromised carrier suitability and low-maintenance stealth materials designed for long-term durability in the carrier environment. The Lightning II’s operational and support costs are forecast to be lower than those of the fighters it will replace.

The F-35 and F-22 are the world’s only 5th generation fighters, uniquely characterized by a combination of advanced stealth with supersonic speed and high agility, sensor fusion, network-enabled capabilities and advanced sustainment. The F-35 is a supersonic, multi-role, 5th generation strike fighter. Three F-35 variants derived from a common design, developed together and using the same sustainment infrastructure worldwide, will replace at least 13 types of aircraft for 11 nations initially, making the Lightning II the most cost-effective fighter program in history.

Lockheed Martin has signed a contract with the Sultanate of Oman for a C-130J Super Hercules. The aircraft, to be delivered in mid-2012, is in the longer C-130J-30 configuration.

Oman currently operates a fleet of three C-130Hs purchased in the early 1980s. The new C-130J will be used to further support Omani operations where its ability to operate out of remote austere airstrips will be invaluable. 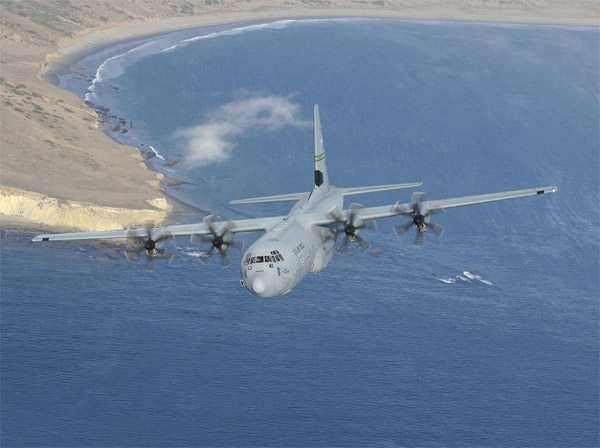 This order for Oman brings to 11 the number of countries that have acquired C-130Js. Other nations which are operating or have ordered the C-130J include Australia, Canada, Denmark, India, Iraq, Italy, Norway, Qatar, the United Kingdom and the United States.